If I create a task & then link to that task with [[ from a 2nd task, whether inside that same list or outside of it, if I then use a filter on the list that contains the 2nd task then this 2nd task won’t show up consistently if the brackets are empty. 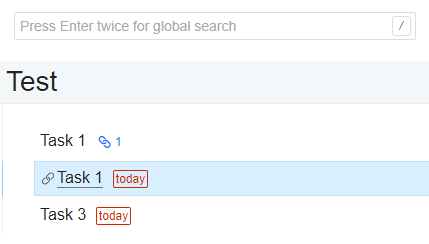 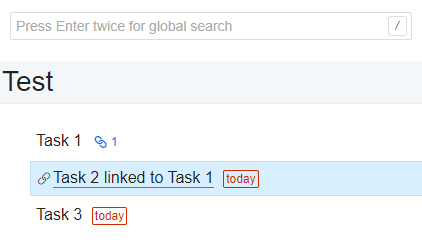 Sometimes it’ll work for some reason, but most times it won’t.

Basically, items with links should ‘inherit’ attributes of the linked item when the item consists solely from the link to another item. But there was a bug, fixed on beta. Could you please check if the filtering works as expected on beta.checkvist.com?

Thank you for the prompt attention!

I just tried the situations described above again, but the results are still not as expected.

What was happening before is that said 2nd task could not be filtered with its own due dates, assignees, etc since they were simply ignored by the search if the brackets were empty.

Thanks for the explanation. We’ve made a fix which should ignore mirrored task attributes when the linking task has own attributes, such a due, assignee etc.

Basically, I hope the behaviour should be fixed on beta. Could you please check on your side?

Thank you very much!