With iOS 13 just around the corner, I resisted posted this for a while, thinking that this might just be a mobile Safari bug that might get fixed soon, but here we are with iOS 13 released, and it hasn’t resolved this issue.

The first problem is that if you don’t have enough tasks visible on screen and tap on “…”, then the menu won’t show. In this screenshot below you can recognize just the very top of the menu: 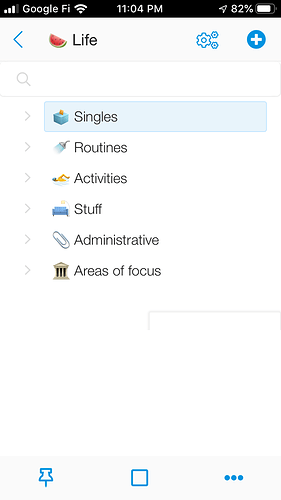 As a workaround, I can usually open a branch or two so the list occupies the whole height of the viewport, and then the menu becomes visible. The second issue is that, should you manage to see the menu, if you select delete, you’ll get a grey screen, as if the confirmation dialog was rendered off-screen. This one is more annoying, as you’ll still get the same screen even after killing the app and restarting it, so you have to delete the app, and re-create it. 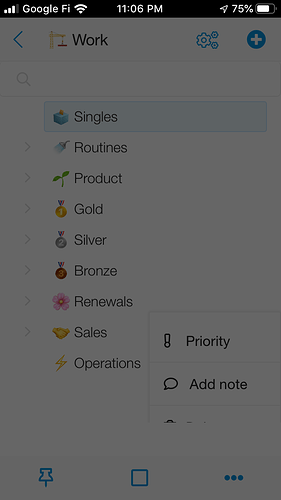 And of course, just let me know if you need any additional information to reproduce those issues.

Thanks a lot for the detailed bug report. Had to update both MacOS on my notebook and iOS on the iPhone to reproduce and debug it, but hopefully, now it should work OK. Please make sure the app is updated to the today’s version.

Would appreciate if you let me know if it works correctly now.

Somehow I still see the same problem. On iOS, I’ve deleted the app, opened m.checkvist.com on Safari, chose Add to home screen, opened the app, logged in, but deleting an item still shows the same grey background. And I am also seeing the same behavior with Safari on macOS. Is there anything else I should be doing?

Hmm, that’s strange. Which version of Checkvist app is shown on the page https://m.checkvist.com/app/about.html ?
Also, does the problem happen on every of your lists? If not, could you share a copy of the list where the problem reproduces with me (via e-mail?).

The version is correct, but so far I cannot reproduce the problem on my device and on the Mac/Safari.
May I ask what it the device you’re using?

I thought I might have something in cache, so with Safari on the Mac opened a new private window and loaded m.checkvist.com. After logging in, I get the following. Can you think of any reason why that would be? 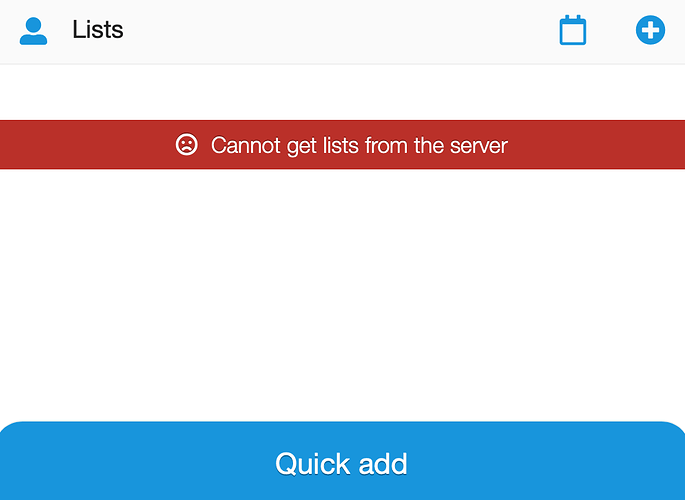 Woo-hoo: I found what the problem with “delete” on iOS was! It was caused by a “content blocker” I use for Safari on iOS and macOS named Wipr. I’ve been using Wipr for about a year, and never noticed any problem with web apps, but it’s easy enough to disable content blocking for a given web site on iOS, so I did and I’m all set.

Sorry for bothering you with this, Kir! And hopefully this thread will be useful to someone else stumbling on this issue in the future.

Cool, thanks, Alex! I’ve written to the developer of the Wipr extension, I hope will figure out how to fix this problem for the future.

How did you get those icons? Your own custom CSS?

Those are just Emojis. Quite simple :).